The Simulation Internet Basketball Association (SIBA) had really taken of since its official launch in August 2020. It started out as a simple hobby for family and friends but has grown to 14 members in the professional league and 12 members and 21 teams (a member can manage up to three teams) in the college league. As our second season is coming to a close, we're gearing up to transition to the latest version of the Draft Day Sport Basketball programs by Wolverine Studios and to the influx of newcomers looking for an active multiplayer league.

During our recent growth, I noticed a problem when new people expressed interest in joining the pro or college leagues. The join form was short, only asking the bare minimum information: name of the interested person, their email, their team choices in a text box, their reason for joining (optionally), and how they found the SIBA. From there, an email was sent to the commissioner, my dad, and he would email the person back for the team and coach information that would go into the Draft Day Sports program. Some of that was the name, looks, and outfit of their coach, skill points, and sometimes even a specific team. Some would say something like "Doesn't matter" or "Anything Virginia" in the team textbox, so it was necessary for my dad to list all the available teams that met the criteria.

It was a lot of email back-and-forth between Dad and the potential new member. And sometimes, the email would get lost in the person's spam or junk folder or the person would not reply at all. We couldn't add the person to the league since we didn't have everything we needed. The current join process was not working.

I talked with Dad and we decided to redo the join page so that the email back-and-forth would diminish—or better yet, cease completely. I would create a new join form that asked for the basic information of the interested person as well as all the information for each team they were going to manage. That could be one team or up to four (one pro team and three college teams).

The person would be able to see all available teams, no matter the league, and could preview what their coach would look like in game. After filling in the information, a confirmation email would be sent to them providing helpful instructions about the graphics for the players/teams, our Slack community, and the upload process.

Validation would be a requirement as well. This would include checking required fields, making sure that at least one team was created, and verifying the ability points of the coaches. There is a maximum amount of points that a person could spend on their coach's skill in offense, defense, etc. Each category also had a minimum and maximum for itself.

The college league also required additional and complex validation due to the rules Dad and I implemented in the league. As mentioned above, each coach had a maximum number of ability points to use. This maximum sum would change depending on the ranking tier of the selected school. A Tier 1 school could have up to 325 points for their coach, Tier 2 had 240, and Tier 3 had 150.

While a member in the college league is able to manage up to three teams, each team had to be in a different ranking tier and recruiting region. For example, a person could not manage the Kansas Jayhawks, the Creighton Blue Jays, and the Notre Dame Fighting Irish since all three are considered Tier 1 schools based on the pre-season ranking. Kansas and Creighton also share the same recruiting region, the Great Plains. Yet, the North Carolina Tar Heels (Tier 1, Atlantic East region), the Texas Tech Red Raiders (Tier 2, Great Plains region), the Charleston Cougars (Tier 3, Southeast region) as teams selections would work since all are of different tiers and regions.

There were two major struggles during the update. The first one was handling the validation of the entire form: the required fields, the college validation, the at-least-one-team rule, and the skill points validation. All of these needed to work together. When I first started, I did not realize exactly how complicated the logic was going to be. The more I created, the more I had to break up the code into smaller, more manageable pieces.

By breaking up the join form into smaller parts, I was able to handle the data much easier before sending it off to the backend, where the next major challenge lied, the confirmation emails. Two emails would be sent, one to the commissioner and one to the new member. Both emails needed to show the entered information but the one for the new member had to include some tips on the best way to get started in the league.

At first, I thought creating an HTML email would be very simple. Yeah, that was not the case. All the modern CSS and HTML was thrown out the window. Divs, nah! CSS stylesheet, nope! Instead, tables and inline styles are king when it comes to HTML emails. Apparently, different email clients support different amounts of HTML and CSS, so the safest way to make sure that your email appears the same no matter the client is to use the most basic HTML and styling. There are a lot of posts and articles available on creating HTML emails, but this post by Nicole Merlin had an easy step-by-step. I also looked at the source code of the marketing emails or newsletters that I get myself. I won't show you the code since it's an organized mess—emphasis on the mess—but I'm pretty proud of the end result.

From the join form on the website to the member's email, the join process is better streamlined.

After some testing, I pushed the new changes to the live site and waited for people to start using it. I didn't have to wait too long since Dad had recently advertised our league on the Wolverine Studio forums. The email back-and-forth had significantly decreased. People found our Slack, got the correct files, and had nearly all the information that they needed to get started. One hiccup was that the Slack link would timeout after awhile. Thankfully, I was able to find a solution that kept the link valid for basically forever (like 1000 years or something).

Otherwise, it was very smooth. The efficiency of the league caused certain members to join the pro league after originally only wanting to join the college league. It's been quite the experience seeing something I've created with Dad actually gain traction and receive praise. While I do receive plenty of kudos at work, there is something different about seeing a project of your own succeed.

If you enjoyed this post, check these related posts. Or better yet, join my newsletter to get updates right to your inbox! 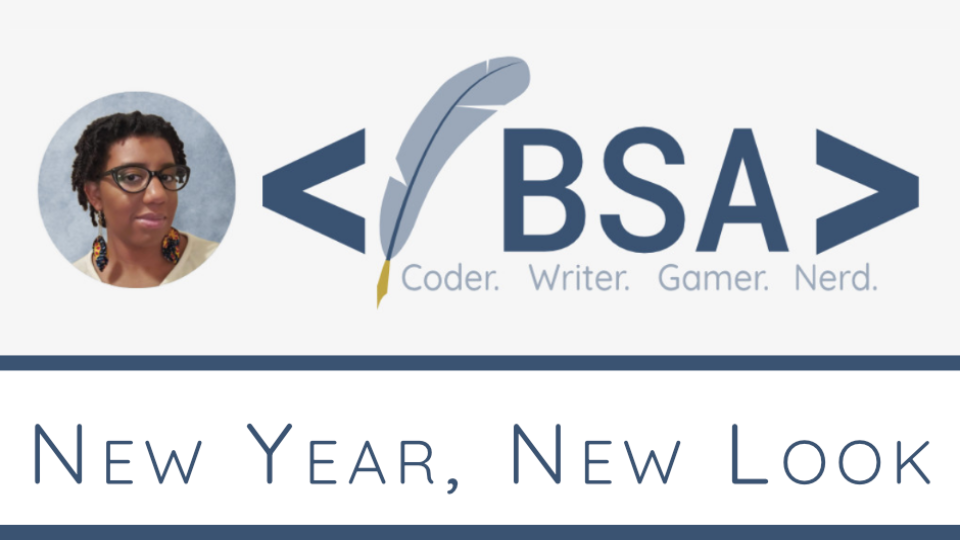 Wix.com is a great tool for creating websites without any coding knowledge, but as I tried to make changes and add to my site, I noticed a growing list of limitations. So, I decided to redesign and rebuild it from scratch.

While my inspiration for coding has been free-flowing, my writing muse vanished. A comic from Chris Hallbeck perfectly portrays my feelings on my lack of writing.